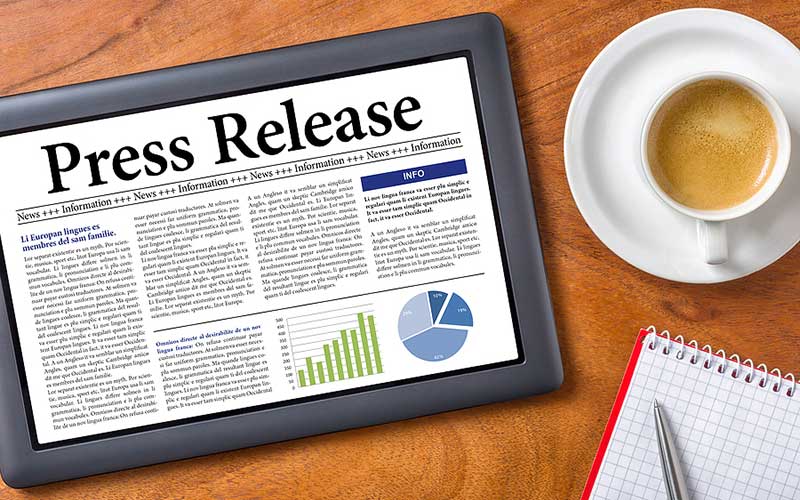 We typically direct our fundraising advice to the third-party/amateur fundraiser. Those intrepid, resourceful individuals who devote their time asking friends and family for money and doing all sorts of crazy things to raise money for their charities. But how do you get the word out about your cause? Using press releases to publicize your event can help you raise visibility. Here is a guide to create and leverage fundraiser press releases.

Your fundraiser press release should be an important tool in your communications strategy for your event.  But it should be only one part of your public outreach plan.  Don’t forget the more direct grassroots outreach using flyers, brochures, emails and other communications tools to reach your volunteers and the local community. Grassroots outreach is one high-level communications tactic and can be very effective, but it is always very labor intensive.  Media outreach is another high-level tactic that you should employ to get the word out on your event. The fundraiser press release is one of the main tool you should use in your media outreach.

The best way to get your fundraiser news and your organization’s “story” covered by media outlets is to do their job for them. This means creating a press release that is  newsworthy, well-written and provides accurate information and instructions.

A press release should contain all the essential information on  your fundraising event  and serve as a reference for any reporters who may write up an article about your event. The release should also contain a quote or two from key personnel in your nonprofit organization that convey your organization’s value, mission and vision for the event. You should also include a brief summary of your nonprofit organization’s background in an “About” section at the end of the release.

A press release is meant to be a succinct account of your news. It is usually one to two pages at the most and should cover the who, what, where, when, why, and how of the news (the 5 Ws and H).

Your press release should represent just how you’d like the news story about your event to be presented.  Oftentimes,  small, understaffed papers will print your press release as is as their story rather than assigning a reporter to write about or cover your event. Newspaper editors often copy and paste portions of press releases into their stories.

Writing a good press release can be a little tricky the first time you do it. Just remember to RESIST THE URGE TO EXPLAIN EVERYTHING and be brief yet informative.

You want to organize your press release in what is called the “inverted pyramid” format so that the most important information (the 5 Ws and H) leads the press release and lesser details follow. That way, if the editor only has time to read paragraph one, they will still get the gist of your story.

Here’s a breakdown of this simple format :

That was the easy part.

Distribution of your press release

So, what do you do once you have a professionally-written press release? Assuming you chose wisely when creating your target media list, you should distribute it to the publications that will potentially run an article on your event.  If you’re like most third-party fundraisers, you are often organizing events and fundraisers that appeal to you, so make sure to target the publications that you normally read. Hopefully, you will reach others like you.  No need to get too scientific about it.

Once you determine the appropriate contact at each publication, you want to find the email for that contact. Then send your release to their attention. The contact is usually an editor or a reporter covering events or nonprofits.

After a few days, call that editor or reporter, before noon if you can. Remember that these people have deadlines everyday. If you called me 10 minutes before my essay was due to talk about your essay, you probably wouldn’t have my full attention, so plan accordingly.

If you end up going to their voicemail, be succinct. Just give them the Who, What, When, Where, Why, and How. Try to rehearse your message before making the call.

If you do get the contact’s attention and they call you back, just be honest and explain why you think the story is compelling.  And call back quickly if they leave a message – remember the deadlines.

The rest is out of your hands. Hopefully, you had a chance to strike up a decent conversation with the reporter so that next time you contact them, they may recall who you were.

Hopefully this guide helps you create that powerful press release that gets the attention of key publications. If you need help with your fundraiser publicity campaign, we can put you in touch with quality resources to help.

What a fun ride this has been!!! We made our goal (YES!!!!) and are already looking forward to working with you all on our pledge pages for Mutt Strut!! We have been really pleased with our first attempt at on-line pledging and you all have been so very attentive and helpful. We know it will… Read more “First year success!”